Yeah, that thing I said about TV taking it easy? Well, by the look of things, it doesn’t really look like it. First of all, my favourite summer show, So You Think You Can Dance (June 1), is back! Some changes are afoot for season 12, the first being that Paula Abdul and Jason Derulo will be on the judging panel. I understand having Paula as a judge, Jason not so much. The biggest change for SYTYCD however, is that they will be doing Stage vs. Street – meaning the Top 20 will consist of 10 dancers with formal training (Stage) and 10 dancers with no formal training (Street). The logistics of how that will ultimately change the show’s fundamentals can be read here. Syfy continues to add some interesting new shows to their lineup with Dark Matter (June 12) and Killjoys (June 19), both of which are Canadian-made and American co-produced. Dark Matter, based on the comic book of the same name, is about a spaceship crew that awakens with no memory of who they are or how they even got there, and now must work together to figure out those secrets and survive. In Killjoys, Hannah John-Kamen, Luke Macfarlane, and Aaron Ashmore play a trio of interplanetary bounty hunters. While we’re on the topic of space, I’m actually quite excited to check out The Astronaut Wives Club (June 16), based on the true story of the women who were left behind as their husbands ventured into space. It’s an interesting time period to look at, but I’m actually just really excited about the cast involved: Joanna Garcia Swisher, Odette Annable, Yvonne Strahovski, Wilson Bethel, Bret Harrison, and Desmond Harrington are the more recognizable names. Then there’s Zoo (June 30), based on author James Patterson’s book about a not-so-distant future that sees all the animals in the world revolt against humanity for how we’ve treated them over the years. The so-called limited series (though CBS said the same thing about Under the Dome and Extant, which are going into seasons 3 and 2) is a suspense thriller with a slight tinge of sci-fi – all good considering one of the writers and executive producers on the show is Jeff Pinkner, one of the men responsible for Fringe. Lastly, June sees the return of Suits (June 24) and Graceland (June 25). Season 5 of Suits will see the fallout from last season’s ender, with Donna leaving Harvey and working instead for Louis, and of course, there’s that little thing of Mike and Rachel being engaged! Meanwhile, with season 3 of Graceland, we finally get the answer to whether Mike is dead or alive (he has to be alive though right? Hurt/damaged but alive.)

On the movie side of things, the only movie I’m REALLY looking forward to is Inside Out (June 19). It’s a Pixar movie, featuring a voice cast that includes Amy Poehler and Mindy Kaling! I’m sorry, that’s just a no-brainer. I’m excited for everyone to see Love & Mercy (June 5), a movie about Brian Wilson from The Beach Boys, during two very critical times in his life. It’s a film I saw at last year’s TIFF and just really great.

June will see the release of two albums that I’m really looking forward to!. The first is Tori Kelly‘s “Unbreakable Smile” (June 23). After this post, I went and downloaded more of Tori’s previous releases. I’m still in love with her song “Nobody Love” and can’t wait to hear what the rest of the album sounds like. Joy Williams, formerly of The Civil Wars, will be releasing her first solo album “Venus” (June 30), since the band’s break-up (she released 4 albums prior to forming The Civil Wars). Based on her first single, “Woman” (which for the record, is co-written by Matt Morris, a wonderfully talented musician in his own right), Joy’s new sound is a departure from what people may expect (that is, if they’re expecting just The Civil Wars’ sound but solo) but it is entirely refreshing.

Obviously the first thing we have to talk about are the MOVIES! Because as is tradition now, the first May weekend kicks off the summer blockbuster season, and this year, we start off with The Avengers: Age of Ultron (May 1)!! To say I’m excited would be an understatement (this also applies to just about anyone who cares about the Marvel movies). I’m fairly certain I’ll be watching it a couple of times in theatres, even facing the crowds opening weekend to watch it, so I can continue with my Agents of SHIELD watching. It bugged me so much that I couldn’t keep watching AoS last April because my siblings and I hadn’t found time to watch Winter Soldier, so I’m going solo and watching it this weekend, before going again with them (which will probably be like 3 weeks later lol.) More acapella fun is to be had with the release of Pitch Perfect 2 (May 15). I absolutely loved the first movie and am so looking forward to more riff-offs and mash-ups, plus Pentatonix! Even though everything just seems like a sequel or reboot, we do tend to get some new original movies coming out – one of those is Tomorrowland (May 22), based somewhat on the Disney parks land. Not much is REALLY known about the movie, but its written/directed by Brad Bird, Damon Lindelof co-wrote the script, and the cast includes George Clooney, Britt Robertson, and Hugh Laurie, among others, so I’m pretty much in! Cameron Crowe’s latest, Aloha (May 29), stars Bradley Cooper as a military contractor who returns to work with the US Space program in Honolulu and attempts to reconnect with his ex played by Rachel McAdams, as he falls for Emma Stone’s Air Force pilot. I’ve always enjoyed Crowe’s films, so I’m hoping for the best; plus, Crowe has assembled a wonderful supporting cast as well, with John Krasinski, Bill Murray, and Alec Baldwin.

On the TV front, we’ll be seeing the end of the regular TV season, where cliffhangers, twists, shockers, deaths, and the occasional happy moments abound. I don’t particularly like seeing my shows end for the season, but ya know, such is TV life. Somewhere amidst all the finales though, there will be some shows premiering but frankly, nothing is standing out. I MIGHT give Wayward Pines (May 14) a look, just to see if Shyamalan can come back from his string of movie bombs, but I’m being cautious with my expectations on this one. One show I can’t believe I’m saying I’m looking forward to? The second season of Girl Meets World (May 11). So I’m not part of the actual demographic, but hey, I was a Boy Meets World fan back in the day, and I’m here for the nostalgia of it all. This season will see appearances from Mr. Feeny, Eric AND Mr. Turner! (So yeah, nostalgia.) I don’t keep up with the show regularly, but I’ll watch it when I have time and don’t feel like getting into anything else; it’s a good 20 minute mindless escape.

Music has been a little slow for me. In terms of albums, the last one I bought was Kelly Clarkson’s Piece by Piece back in March; since then, there hasn’t been much for me to get excited about. And even so, there are no new albums (that I know of at this very moment) that I’m really excited about. On another note, I don’t even have any concerts lined up! The one possibility is The Script at the end of the month, and I may be doing that one solo, which is why I’m on the fence about it, even though I love them.

So it seems like April is becoming quite the month for premieres, whether it be season or series. Here’s what I’m looking forward to this month!

The popular segment featured on The Tonight Show with Jimmy Fallon is now a TV show! LL Cool J hosts, with Chrissy Teigen as co-host/commentator. Each episode will feature two celebs doing their best lip sync on two songs. As evidenced by the preview above, it’ll feature props, costumes, and so much more shenanigans. In summary, it is going to be SO MUCH FUN!

I wasn’t sure what to make of Outlander when it began late last summer. But with each passing episode, I found myself engrossed in the unfolding story, with Claire being stuck in the past, trying to find a way back to her husband, and yet all the while developing relationships in 1743. It’s been a brutal 6 months, but I can’t wait to see what happens next.

It’s a bat-shit crazy show and I love it. Witchcraft, dark magic, possession, and a whole lot of other things that I didn’t think I’d like, and it all works somehow. Season 2 will be a full on witch war, as Lucy Lawless joins the cast!

I don’t know much about Matt Murdock/Daredevil beyond that terrible Ben Affleck movie (but hey, it brought together Ben & Jennifer Garner, so it’s something!), which is a lot more than I can say for pretty much any comic book entity. I am very much intrigued by this first show to come out of the Marvel/Netflix deal, though again that’s par for the course these days.

It’s Project LEDA vs. Project CASTOR! After the events of the season 2 finale, we were left with the fact that there was a pack of male clones that exists. This season will delve further into that development, with Ari Millen taking on the four male clones that we know of at this point, and how our sestrahood must deal with these unexpected forces. SO excited to spend more time with Clone Club!!

Last year (does it seem weird to already say that?) seemed like a really good year with an abundance of really good-great TV. I surely hope 2015 will only bring us more awesome TV, plus maybe enough time to actually watch these shows. On top of that, I want the networks to not hastily cancel perfectly good shows that maybe just need a little time (i.e. Selfie), or better promotion (i.e. Trophy Wife, Enlisted), or for goodness sakes, let them have proper endings (i.e. Witches of East End)! Since we’re on the topic, there will be several shows that will indeed be ending in 2015, including Parks and Recreation (Jan. 13), Parenthood (final episodes start Jan. 7), and Cougar Town (Jan. 6).

But with the end of some shows (and brutal cancellations of others), come a new crop of shows hoping to watched/loved/adored. These are the ones I’m most excited about and know of; come April-May when Upfronts rolls around and we hear about even more new shows, well, we’ll talk about it then. 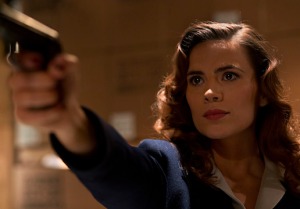 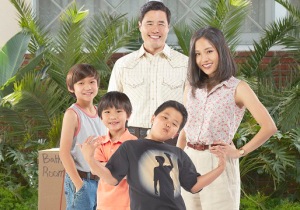 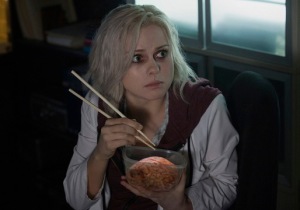 What are you looking forward to watching this new year? 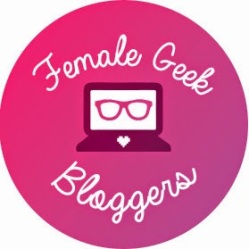