It’s happened to the best of us. We find something we really like, fall for its charms, stick by it even when others say bad stuff about it, and then the day comes that you realize it just wasn’t what you thought it would be – your relationship with your favourite TV shows can end up being heartbreaking. As a TV addict, I have a number of shows that I LOVE and a whole lot more shows that I really like. Now, regardless of the degree of adoration, it hurts all the same when a TV show I regularly watch starts losing its way or begins to disappoint me with its quality, or possibly worse, bores me. Maybe it’s due to the fact that I watch SO. MUCH. TV, but I seemingly have a certain standard to what I want out of my TV shows (except for when I don’t – I know that makes no sense, just roll with it). It was made all the more clear after I came back from a two-week vacation. As soon as I got back, I started working on the backlog of TV shows I had missed while I was away. It dawned on me not only the extent to which my TV obsession lay, but I also couldn’t believe what shows I was still watching that I should’ve given up a long time ago.

Quitting a show that I once loved to watch isn’t anything particularly new. Grey’s Anatomy, Glee, The Vampire Diaries, Pretty Little Liars – shows that are still on the air that I have pulled the plug on for some time. A lot of times, once I start feeling the inclination that things are going south, I still finish out their current season in the hopes that they will renew my interest by the finale. Let me tell you, that hasn’t happened. Only Glee has been able to reel me back in for a couple episodes after I decided to break up with it – namely the Cory Monteith tribute (for how they were going to deal with his passing) and the 100th episode (just to see the returnees). Otherwise, once I made the decision to stop watching a show, I stopped.

Things get a little more complicated for shows that I know for a fact are ending. I binge-watched Dexter halfway through its run, after hearing pretty great things about it. It was really good but somewhere between the end of season 5 and the entirety of season 6, I wasn’t so sure. Religion’s an iffy topic for me, and with S6 being so focused on it, the show started losing me. The final minute of S6 kept me going for S7, which was an improvement on the previous season, and then knowing that S8 was going to be the last I figured I would just finish it off. I kind of regret that decision now, knowing how they decided to end things. True Blood is heading into its seventh and final season, and as I sit here, I’m still debating whether or not I care enough to watch how it all ends. 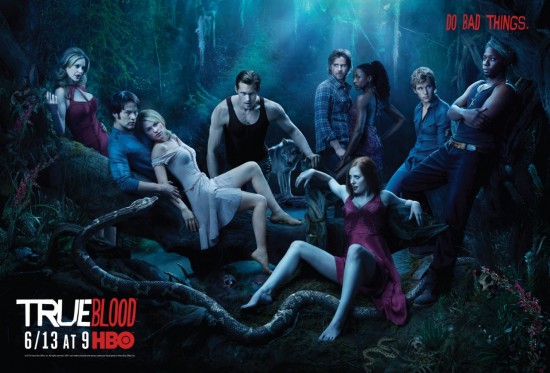 Anybody still watching or anticipating the final season? For the record, S7 premieres June 22nd.

At the beginning of this year, when the mid-season shows began premiering, that was when my epiphany (of sorts) came to me. It started with the return of The Following – a show that while very flawed, I very much enjoyed its first season and cared enough about it to go to its SDCC panel. That panel gave me hope that they had fixed their issues and were going to come back better and stronger to prove those naysayers wrong. I lasted about six episodes before I called it quits. The show started feeling like it was going to be repetitive and going in circles until the time comes at the end of the series where (SPOILER ALERT?) Ryan Hardy finally kills Joe Carroll for good and frankly, I don’t have the energy to follow along. The same can be said for Revenge, which needs an end date so the writers/producers can work towards it, because again, it’s a big cat and mouse chase right now. Sure, they’ve made great improvements over the convoluted mess of season 2, but I’m not sure it has all been enough. There are only a few episodes left, so I’ll finish it off, but if the show returns for a fourth season, I’m not coming back. I stopped caring about it and realize now that I probably should’ve stopped watching it this time last year. 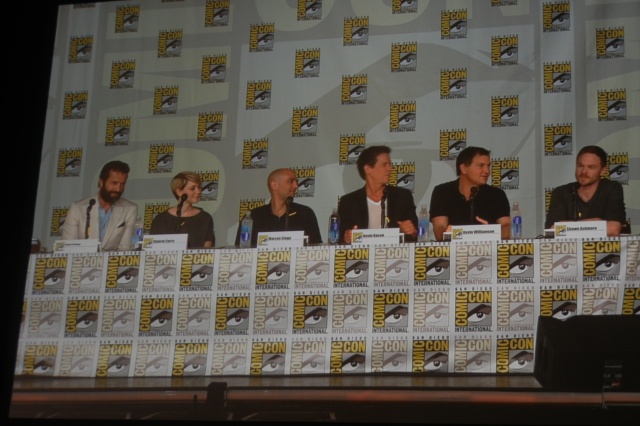 Oh how quickly things change – less than a year ago, sitting in Ballroom 20 at SDCC to excitedly hear about S2 of The Following. Now? Got bored with it.

While catching up on the shows I missed while I was away, not to mention knowing all the shows that were premiering April, it kind of made me realize that there are some shows I watch mostly because they are part of the pop culture zeitgeist and thus as a pop culture fan/enthusiast I have a weird sense of obligation to stay on top of what’s “in” or “popular.” The purpose of that run-on sentence is to say that, when it comes to shows like Scandal and Game of Thrones, I’m quite conflicted on how I truly feel. When I first heard about Scandal, I thought it was an intriguing premise (and definitely a departure from the medical shows we know of from Shonda Rhimes). I binge-watched the first season on Netflix and caught up with S2 part way through, before I was able to watch it week to week. I loved that they were going all out with the writing, giving a cliffhanger pretty much every week, just burning through stories, and then there was this soapy quality to it that made it almost like a guilty pleasure. Partway through this past season, I started thinking that everything I loved about the show was turning into the things I didn’t like about it. They keep raising the stakes so much and are so focused on giving “OMG” moments in EVERY regular episode (so that people will want to talk about it on social media), that the finale fell a little flat. Really, how long can they continue going at high speeds before they start to crash and burn? For all intents and purposes, Game of Thrones really does appeal to me with the fantasy, almost medieval genre that it is. What I came to realize over the years though is that while I do enjoy watching the show, my retention of what actually happens during an episode is remarkably low. So much going on, so many characters to keep track of, I’m at a point where I’m ready to stop, and not because it’s bad, just that I’m not that into it.

TV is super competitive these days; I get it. I also know that I can’t watch everything, particularly live or same day, because that’s just ridiculous. Plus, some shows – regardless of rave reviews by critics and the general population – just aren’t for me. As the regular TV season winds down, I’m preparing myself to cut ties with a lot of shows, be it through network cancellation or by my own accord. After all, come September, there’s probably going to be some new shows for me to obsess over and not have time for.

So friends/readers, how many of you have had to stop watching a show because it simply wasn’t the same as it used to be? What other things factor into your decision to break up with a show?